A Passion for Aquariums

StarFire Aquatics is an Australian business, founded by Billy in 2010.

My love for fish began when I was a child. My father was meticulous in his passion of keeping tropical freshwater fish and I remember tagging along with him to countless aquarium stores and wishing that I had a big enough tank to keep every fish imaginable. I got my first aquarium when I was 7 and from then on, I was hooked. Having started out with keeping freshwater fish, when I entered into the world of marine fish, my passion exploded! Eventually, top of the range manufactured aquariums weren’t enough and I sought high and low for custom aquarium builders. I couldn’t find what I wanted, especially for the right price. So, having been in the shoes of a frustrated customer, I started my business in 2012 – specialising in custom-built aquariums from my parents garage. I would go to glazing companies around Melbourne buying and salvaging any pieces of off cuts they had lying around, bring them back and practice building tanks. Now years later we’re operating through 2 factories and occasionally in my parents garage.

Animals belong in their natural habitat and I, like many others, do not want to see the oceans depleted of these magnificent creatures. That is why we seek livestock from sustainable, Australian suppliers. I do not believe that keeping fish in captivity is cruel if they are allowed to thrive in a healthy, predator-free environment.  I have seen the joy and pride in my customers when they talk about their aquariums. Fish, as well as their aquatic counterparts, are not disposable to aquarium hobbyists. Many dedicate a lot of time, effort and money into building the ultimate aquarium in order to maintain the health and wellbeing of their stock. I do my part in ensuring this happens by building quality homes and providing quality equipment so that the best of care is provided for these beautiful creatures and their owners.

What is important to us?

Before anything leaves our warehouse and into your homes, it has been checked for quality. Our goal is to deliver the most seamless and beautiful fish tanks in the world. We also want your experience to be of high quality too, so we strive to keep our clients on board as long as they need us, so that they have the tank of their dreams.

Respect is something that we have for all of our clients, but also the animals we treat, from the tiniest snail, to the brightest coral, largest shark and most striking fish. If we don’t respect these animals, then we will lose them. Our respect for them goes beyond providing them with a quality home, but also ensuring their owners understand their needs.

We are committed to you, as our client, from A to Z. We want to be the first people you contact to get your dream tank started, We want to give you all the information and provide you with all the resources you require to achieve your dream, and We want to be there when you achieve it.

It is very important that everyone is educated in this hobby, as these animals are hyper sensitive, we pledge to offer the best information to our clients whilst also forever learning ourselves. We travel internationally to learn from different countries what they are doing in this hobby to ensure we are as informed as we can be, a result of this is informed hobbyists.

We'd love to add you to our story.
Get in touch and let's build the
tank of your dreams! 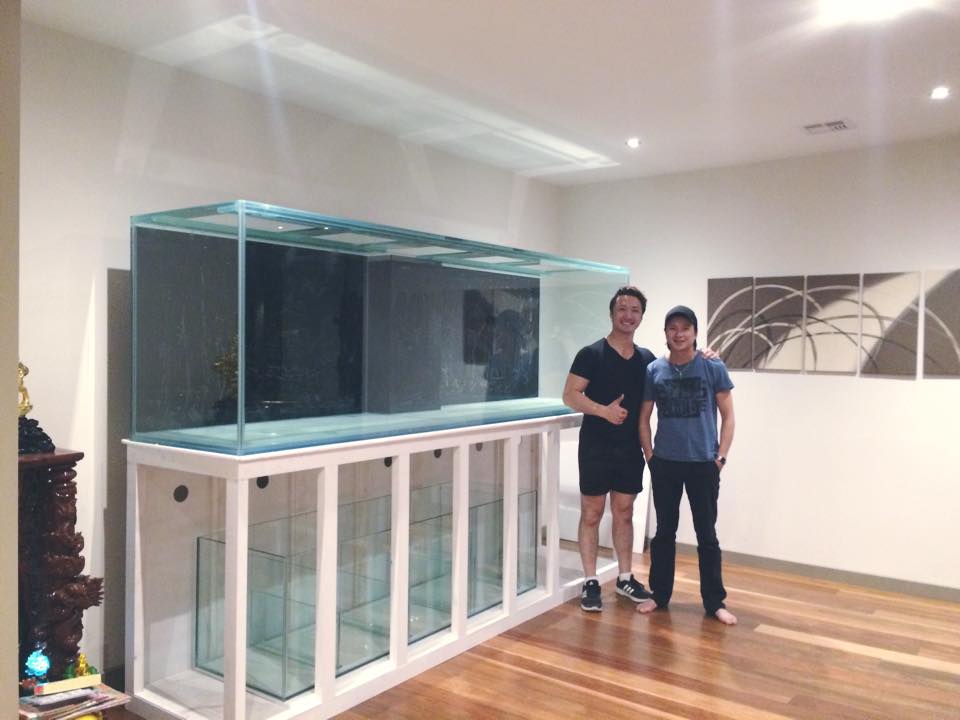